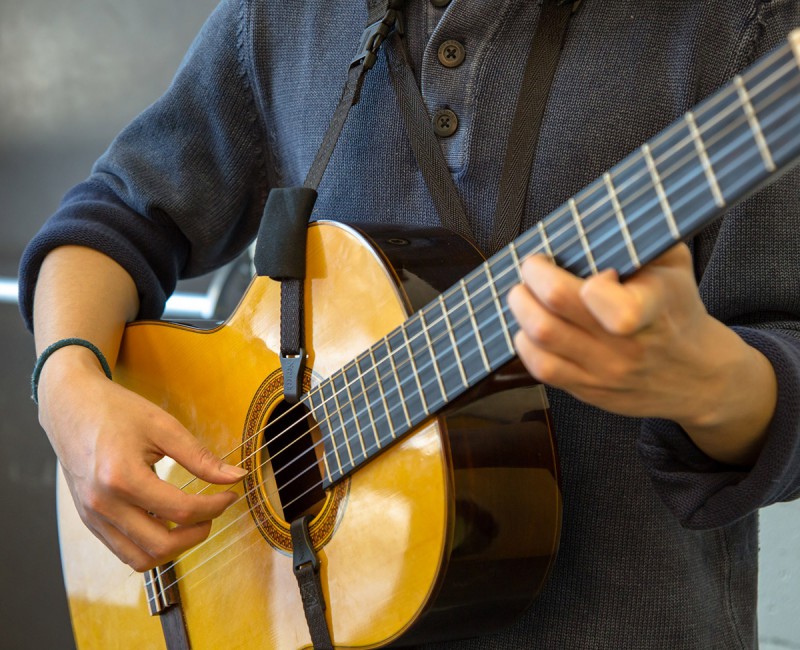 Well, if I’m going to have something on me forever, I want it to represent the highest form of beauty, and to me, there’s nothing more beautiful and pure than an acoustic guitar. The notes, the chords, the harmonics – they all create a majestic sound that can’t be replicated on another instrument.

But it’s not only the sound of the acoustic guitar that makes it so beautiful, but also the aesthetics. Place an acoustic guitar in front of a mountain, an ocean, an evergreen and you’ve significantly increased the quality of the scene.

I started off playing electric guitar, but I soon became enamored with the acoustic guitar as well. I proceeded to build up a repertoire of acoustic guitar tunes, including classical, flamenco and folk (the low-to-mid level stuff). Even though most of my teenage friends were rockers and metalheads, they all appreciated the beauty of the acoustic. Imagine that – 15-year-old metal dudes digging Bach!

Of all the songwriting I’ve done, the tune that is closest to my heart is a solo acoustic guitar piece called “Remember”. I wrote it over the course of a 3-day weekend at the beach. I came back to town feeling like I had a gem.