Why Learn to Play Guitar? 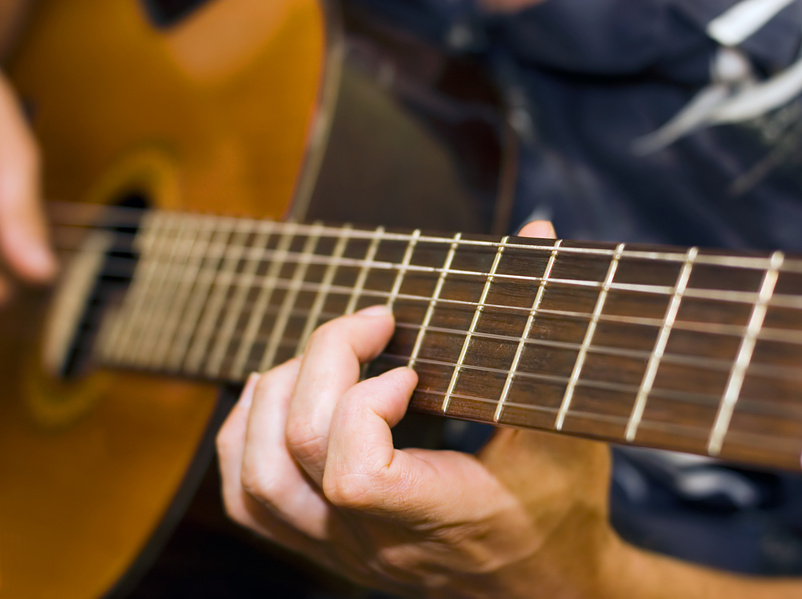 The guitar is the most universal instrument on the planet – it is king of Earthly instruments. Personally, I see no good reason not to learn the guitar.

To become a guitarist is be in a position to add to the quality of many people’s lives. A guitar (properly played) raises the energy of the room, no matter the setting – camping, weddings, funerals, parties, jail, and on and on.

Last summer, I encountered a scraggly fellow strumming his acoustic guitar on the beach. He had some lyrics scribbled on a piece of paper and he appeared to be working on a song. I paused to listen for a moment, and he then asked me if I played. “I sure do”, I replied.

He then handed me the guitar and said it would be easier if he could just sing while I played the chords. So off we went, belting out his newly-created work, “The Doreyman.” Being a guitar player gave me a chance to jam with a total stranger on the beach. What fun!

Any guitarist will tell you that playing guitar is a high form of therapy. Not only it is a source of stress relief, but it can also be a means of esteem enhancement. Progressing at a guitar skill is empowering and uplifting.

Playing guitar enables you to express yourself creatively. To me, the joy of putting sounds together on the guitar has been a source of endless fulfillment. It gives me that it’s-great-to-be-alive feeling, which is not easy to come by.

The guitar can facilitate relationship building; it has been an ice-breaker for me and has led to some great friendships. A stoned guy once told me, “Dude, if you wanna get the girls, just pull out the acoustic guitar, it works like a charm.” I haven’t tested his theory, but I suppose it may have some merit.

In my view, the guitar (and music in general) transcends mortality. Where’s the downside? There is none! If you haven’t learned the guitar yet, do yourself a favor and get on it. You will reap a lifetime of rewards.

Banjo vs Guitar: Key Things to Consider
Top 10 Most Unique Instruments to Learn