We crunched the numbers on ten recent ‘world’s best guitarist’ lists. Where are the women? 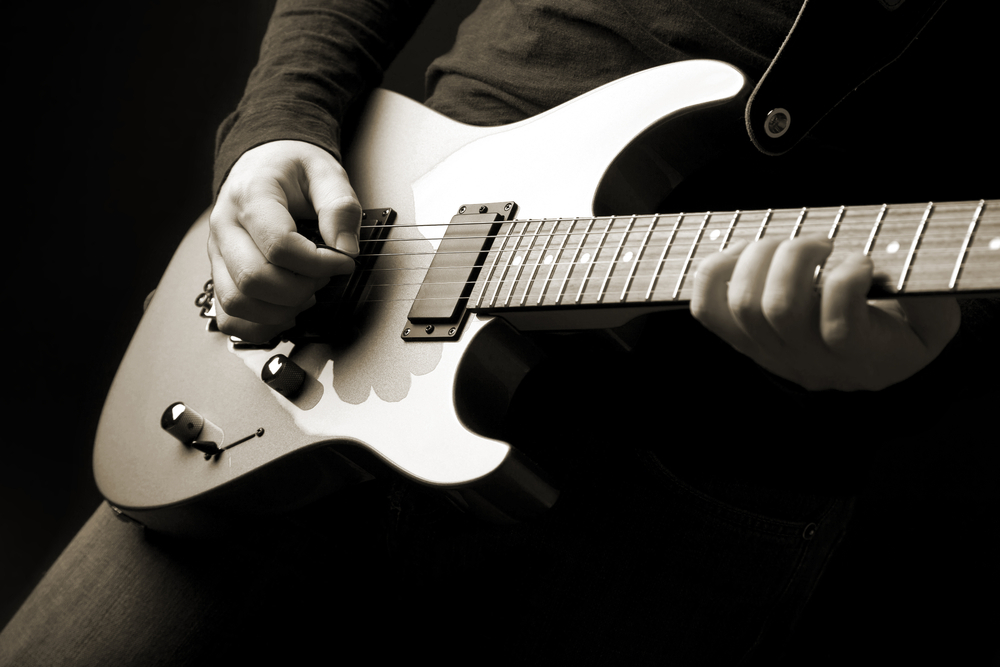 Who is currently regarded as the greatest guitarist of all time? It’s a hard question to answer but plenty have tried. In the last decade, a plethora of lists have sought to rank our guitar greats, drawing variously on panels of experts, lone “specialists”, and public opinion polls.

My colleagues and I recently analysed ten such lists, which were published on the websites of music journals such as Rolling Stone, Louder and Guitar World, industry groups such as WatchMojo and UDiscover Music and online guitar communities including Guitar Habits.

Overwhelmingly, we found Jimi Hendrix in the number one spot with Eric Clapton and Jimmy Page often locked in a wrestling match for second ranking. Remarkably, among the 33 guitarists mentioned in the top ten places across these lists, not one was a woman.

By giving each guitarist a score from one to ten for their positions across the lists, we created an assimilated meta-list showing the top ten guitarists of all time (as inferred by industry and popular media discourse). This list contained from one to ten: Hendrix, Page, Clapton, Eddie Van Halen, Robert Johnson, B.B. King, Stevie Ray Vaughan, Chuck Berry, Keith Richards and Dave Gilmour.

Joni Mitchell was the highest ranking female in any of the lists at twelfth spot on the PurpleClover ranking. But where were female blues legends Bonnie Raitt (who scraped in at 89 on the Rolling Stone list) or multiple Grammy nominee Susan Tedeschi? Where is Orianthi, a young Australian guitarist who shared a stage with Michael Jackson and continues to tour the world with other major artists? Why are women being written out of the canon in this way?

The author of the UDiscoverMusic article wrote: “Believe us when we say, women guitar players are in short supply on these lists, and as much as we love Susan Tedeschi, Bonnie Raitt and Chantel McGregor, to name just three, they just did not make the grade.”

Young female guitarists are out there in large numbers around the world, some having developed impressive on-line followings, including Swiss fingerstyle artist Gabriella Quevedo and French rock virtuoso Tina S..

A recent study by Fender suggested that 50% of new guitar players are women; Guitar World magazine cited the influence of Taylor Swift as the reason young girls are taking up the instrument.

Is part of the problem here the age and gender of the people who compile these canonical lists? There is also a bias towards certain musical genres. All the guitarists in the top ten positions on the lists are rock or blues players: there are no jazz, classical or world music guitarists. There is also an Anglo-American monopoly – no Australian made it to any of the top tens, not even AC DC’s Angus Young – and the youngest guitarist on the meta-list is baby boomer Eddie Van Halen.

Is the guitar hero a creation of the 1960s and 70s and therefore outdated? Do we need a new perspective on guitar godliness? Do these lists perpetuate the idea that only men of a certain age can be “greats” in these genres?

Our study suggests online guitar community discourse is simply granting more exposure to already venerated guitar heroes. What role music education has had, or will have, on this is unclear. When I called for students of contemporary guitar to participate in my research project, currently in progress at the University of Tasmania, on the influence of tertiary music education in Australia, 95% of respondents were male. (Of course this may say more about who responds to surveys than the gender balance of university contemporary music courses.)

But given that plenty of young people are learning guitar, one wonders if music teachers are teaching their favourite music to the next generation—and thus replicating old ideas of the canon.